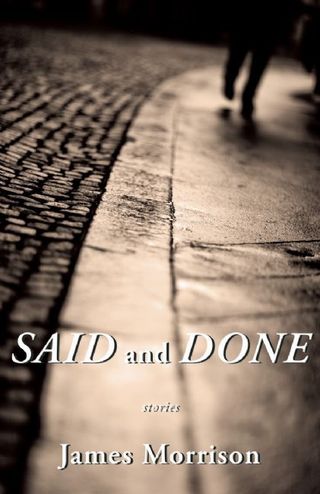 FINALIST FOR A LAMBDA LITERARY AWARD

A father dealing equivocally with his son’s ambiguous sexuality conducts a drunken tour of a famous artist’s birthplace. Two lonely women turn the tables on an antic stalker. A shy college kid comes face to face with the devil after he trysts with his roommate’s errant girlfriend. An aging collector reaches a new understanding of his younger lover’s emotional distance when he goes abroad to procure a rare clock. Pursued by a mysterious stranger, a young man tries to come to terms with his abusive past.

In these nine stories, James Morrison writes about the intricate relation between tenderness and cruelty, about the burdens and freedoms of selfhood, the vagaries of identity, and the connections and disconnections among people across a wide range of human experience. Whether recounting the tale of a well-to-do housewife under siege or the ups and downs of a grungy garage band, Morrison portrays the sorrows of loneliness – or the uncommon triumphs of genuine contact – in a prose at once wry and tender, disconsolate and compassionate.

Praise for Said and Done:

"Both literary and chatty, full of style and voice, at once leisurely and tense - there are always at least two things going on in the tales of Said and Done. The characters are reticent and they are expansive, caught between the devil of the self and the deep blue sea that is the rest of the world - and the story, between these hard hinged halves, is the precious thing we're reading toward. Lucky you, to be diving for such pearls."

-Brian Bouldrey, author of The Boom Economy and Honorable Bandit: A Walk Across Corsica

"An artful, often suspenseful collection of stories by a gifted writer who looks out clearly, and darkly, upon the world."

-David Ebershoff, author of The 19th Wife and The Danish Girl

"You read James Morrison knowing you are in the hands of an extraordinary writer, with a sure sense of musicality, pacing, and description. But the real achievement of Said and Done is not so visible. These characters will possess your imagination long after you've put the book down. How does he do that?"

"The stories in this collection...explore the nuances of feeling and the power dynamics of intimate moments between family members, lovers, and strangers, in a way that is deeply insightful without over-explaining. Morrison's vision of human nature contains shades of Shirley Jackson and Flannery O'Connor... These stories always leave the reader with the sense that there is more to the characters than the chosen anecdote can reveal."