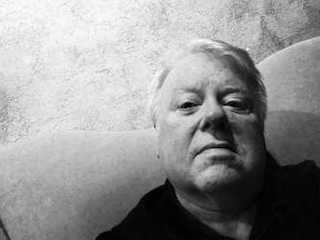 James Morrison is the author of a memoir, Broken Fever (2001), a novel, The Lost Girl (2007), and a collection of short stories, Said and Done (2009), as well as several nonfiction books on film and numerous short stories and essays in literary quarterlies such as Ploughshares, Massachusetts Review, Raritan and Michigan Quarterly Review. His novella, Everyday Ghosts (2011), was published in Gemma Media's "Open Door" series, a line of short fiction designed to address issues of adult literacy learning. Said and Done was a finalist for a Lambda Literary Award and a winner of the Foreword Book of the Year Award in Short Fiction. With Mary Cappello and Jean Walton, he co-authored Buffalo Trace: A Threefold Vibration, published in 2018 by Spuyten Duyvil.

Jim grew up in Detroit, an experience that furnished sufficient trauma for both his memoir and his first novel, two books largely set in his hometown. He attended Wayne State University, majoring in English. Trading in one snow-swept industrial landscape for another, he went on to graduate school at the State University of New York at Buffalo, receiving a Ph.D. For several years, he taught in the English department of North Carolina State University, before moving to Southern California, where he currently teaches film, literature, and creative writing at Claremont McKenna College.